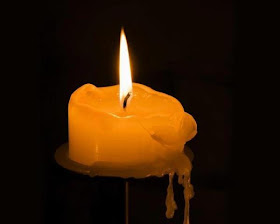 I found a fabulous child care centre at the local mall, it was up on the 3rd floor and even though the first little traveler wasn't keen on attendance, we persisted in fronting up everyday. Our morning routine was always exactly the same. After arriving in the car park, I would walk roughly ten steps towards the door, throw up in the bin, wave to the security guards, who would then smile and wave back, and then the first little traveler and I would continue towards the escalators. Every. Single. Day.

When I was choosing child care my criteria was pretty standard. I wanted it to be clean, I wanted good staff, great facilities, fun activities, and most of all I wanted the first little traveler to enjoy it.

These are the things I didn't check for.

I didn't ask to see the emergency evacuation procedure. I didn't ask if the staff were trained in the event of a fire, and I didn't ever once consider to check the exits or stairwells. I just assumed that of course they were trained, of course they knew what to do! I didn't once consider that I would find myself racing to that mall pleading to get inside to find my baby girl. For that is the unthinkable, the unimaginable.

Today may well be remembered as one of Doha's darkest. For those who have announced to friends and family that Doha is a wonderfully safe place to raise our children, today will perhaps be remembered as the day that innocence was lost. As a community, we are, as my friend Erika said this evening "numb with grief". Stories were stolen, history that had been formed in the shape of a grandparents dream, was erased. The unthinkable happened.

Thirteen children were trapped inside the nursery, it is believed their exit, a staircase, had collapsed from the heat of a fire. Where exactly the fire began is yet to be confirmed. The nursery was in the interior of the mall, meaning you walked through a virtual rabbit warren of corridors to get there. From what I understand, when the firefighters arrived at those corridors they were considered impenetrable and too dangerous to enter, it was decided the only other way to get there, was through the ceiling. By the time the hole was cut, it was too late, they were gone. Thirteen beautiful children, four teachers and two firefighters. Smoke inhalation meant that their little bodies were carried lifeless from the building.

As you can imagine there is heartbreaking story after heartbreaking story. Families who lost more than one child, children that weren't meant to be there today, a family has lost their beautiful angelic triplets. There were moments this afternoon when the community joined together trying to do anything they could while there was still hope. People sent prayers and wishes to mothers who were desperately waiting for answers. The unthinkable, the unimaginable.

As newspaper reports were filed this evening, journalist have felt it necessary to break us down into nationalities. Three children from New Zealand, three children from Spain, Northern Arab expats and Korean expats were all listed. And why not, as expats, we do it ourselves. We are constantly reminded of our homeland, we ask each other regularly "where's home for you?" "Are you heading home for the Summer?"

What is often forgotten though, is the fact that we have two communities. We work together, form committees, work at school fairs, play golf, go swimming, camp in the desert and share birthdays, Ramadan and Christmas. We form friendships and bonds that last for lifetimes. We are our own community, no matter where we are from. We become one.

Today I watched what can only be described as an explosion of grief. We hugged in the school yard, we cried in car parks, we made calls from the office with our heads in our hands. We put ourselves in the shoes of those that will never be the same again. We are all horrified. We are shell shocked, but before we lay blame, before we get angry, we must all come together to support the families affected today.

There are many questions tonight. Questions about fire alarms, sprinklers, emergency staff and evacuation procedures. All are valid and all need to be answered. The most important question though is "What can we do?"

In a time of grief and great tragedy we need to do what expats do best. Get on with the job. Join together as a truly international community and show that it doesn't matter where you're from, or which God you pray to, we are all in this together. We all have the same wish. To come home to our families at the end of each day. To be safe.

*Tomorrow at 5pm in Aspire Park there will be a gathering to support families who have lost loved ones in the Villagio Fire.